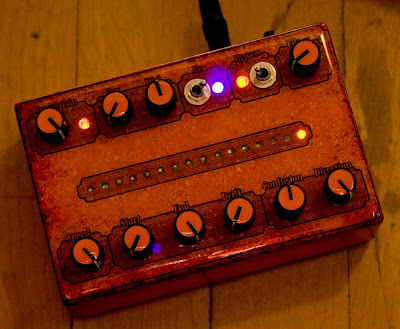 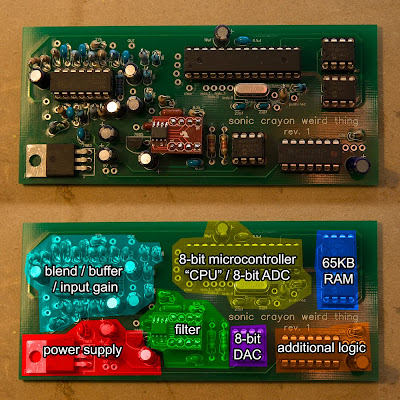 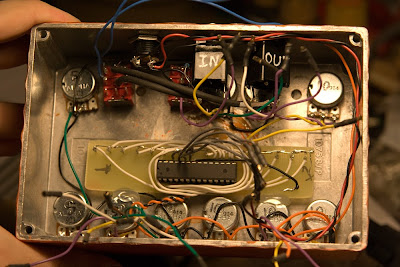 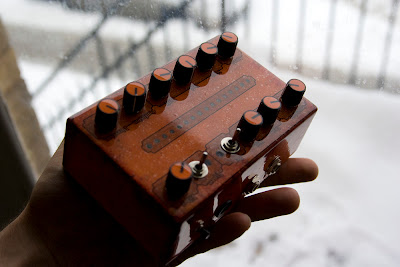 
Thanks for reading/watching!
Posted by cloudscapes at 12:17 PM

This looks mega awesome, right down to the paint job! I wonder how vocal samples would sound

I love it, especially like the led array which give you some feedback of what it is doing and i must say i feel like it is a very straightforward and easy to understand design you have there..i think it is one of the most interesting loopers out there actually..and i long to get my hands on one..or a kit maybe..

Tape!!! As always. This is freakin AWESOME!!!! your stuff gets wackier and wackier. You gotta build some more of these. Keep it up man.

why do you do these things

why are they so crazy

how do you do it without killing yourself

I wish I were half as skilled and creative as you are. I have at best attempted to dismantle a broken electronic device, only to reassemble it and discover that I have several pieces remaining. Never a good feeling :(

I love this design - you did a great job, and it's beautiful also. I'd love to see the schematics etc and the code...

Will you be building and selling any more of these??? I'm rather interested in one if you are. wonderfulworldofwilliam@gmail.com

Ditto to what the The D*^%$ Factory said!

I wish I had the time to understand these things and attempt them on my own. But for now I will beg and plead you to build more of these to sell!!

kevinjseidel@gmail.com if you ever choose to want to make one of these to sell. You'd be rich in the noise/lo-fi/experimental forums for sure. I'd pay $350 easily for one of these...

I would pay good money for this. Please e-mail me (jyd7734@hotmail.com) and let me know what you're planning to do with this model and/or design(:

hello, congratulations for your work.. this pedal is brillant.....are you selling this? i want one.... thanks
martin

Nice work! Please send a mail to gekk078@hotmail.com when it's ready for sale

Hi, man, have you made a new version of this thing? i'm very interesting in buying it. my e-mail: tar.dot@gmail.com

i'm very interesting in buying it!